Picture your archetypal physician. Go over all the medical dramas, reality re-enactments and toothpaste advertisements you’ve seen on TV. Look back at your own experiences in healthcare. What’s your GP like? Do you remember who took out your appendix three years ago? Now mesh all those mental images together to create a prototype of a doctor. Chances are, he’s a white, middle-aged male cardiologist or trauma surgeon, with pepper-and-salt hair and a dashing smile. 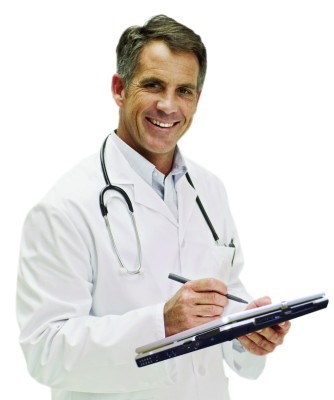 Perhaps I’m wrong, and the fact that over 60% of your fellow students are women has already influenced your views to such an extent that your prototypical doctor was a female paediatrician or a GP. But let’s do another test. If I ask you, what does a neurologist look like? What does a dermatologist or an endocrinologist look like? And what about a neonatologist? It’s quite likely that again, you’ve associated some of these specialities with certain genders. Now take a look at our professors. Does anything stand out?

Before we start, a disclaimer: I will be discussing general trends in society and the healthcare sector. I am aware that there are stay-at-home dads and stone-cold lady surgeons. There are women who can juggle a busy career and a fulfilling family life, and there are families where both partners share the workload. However, these individual cases do not invalidate the general situation, nor is the opposite true. Above all, it is not my intention to suggest that women who work in traditionally female fields are in any way wrong or lesser for doing so. It is my firm belief that everyone has the right to autonomous choice, regardless of what society expects of them.

Despite the fact that women are increasingly present in the workforce, there are a lot of places they don’t seem to show up. Whereas 30% of american doctors are female, in fields such as general surgery, neurological surgery or ophthalmology, women are largely underrepresented. In orthopedic surgery, it was found that only 4% of physicians were women (1). When we compare this to fields like paediatrics, gerontology, or obstetrics and gynaecology, we can see that the numbers are almost fifty-fifty, indicating that women are increasingly taking up roles in fields that are seen as more “caring”, catering to other women, the elderly and the very young. This is not a trend that is only seen in the USA. Worldwide, more and more women are entering the medical profession. However, their rates of continuing into the aforementioned “caregiving” specialities remain the same, sparking concern in some countries, such as South Africa (2) and the UK (3).

The concerns about the “feminisation” of medical practice have been raised in the opinion-pages of (higher and lower quality) papers and magazines across the world since the nineties. A main concern in the Netherlands was the stigma around part-time work. As more and more options were implemented to step away from the “One Doctor, One Practice, No Sleep and a Lot of Dedication” rule, it became easier for women to combine their familial responsibilities with general practice. Developments such as the “Huisartsenpost” and employable GPs lead to an increase in part-time work (4), around the same time as more women entered the workforce. It was believed that women working part-time would be less present for the patient, and most importantly, that they would put their family over their patient (4). Where male GPs were able to leave the wife and kids behind to go rush to an emergency, a woman would be unable to do the same, as her husband would be at work or her “motherly instincts” would prevent her from leaving. However, though women are commonly associated with part-time work in the common opinion, young men and women were all found to be working fewer hours and working more in smaller group practices (4).

There are stay-at-home dads and stonecold lady surgeons

If young men and women are working similar amounts in general practice, it would seem that the “part-time trend” is simply a step back from the burnout-inducing and home-wrecking work hours that many doctors find themselves forced to maintain, and clearly, that is for the better. In fact, the same survey (4) suggested that women brought valuable aspects to GP practice, including more empathy and patient engagement. But what about in specialised professions? What could possibly induce a high-ranking male surgeon to say: “Although I am a feminist [spoiler alert: the article that followed did not indicate feminism], the shift of gender balance in medicine is a worrying trend” (3)? Some seem to fear that the gender imbalance will lead to a shortage of specialists and a drain on economic resources, leading to a health care crisis. I would argue that a fear of these attitudes from higher up are one of the reasons women stay out of specialist positions.

There certainly should be more women in specialist care. However, laying the blame on women for the choices they make is not going to solve the inherent difficulties in combining being a woman and a doctor. Let’s have a closer look at the work-life balance reported by medical professionals. Compared to other professions, physicians are more likely to have problems combined their private and work lives, leading to stress, job dissatisfaction, and mental health problems (5). While more women have entered medical practice, in general they still take on the the largest portion of household burdens. Female surgeons with no significant differences in hours or work burden than male surgeons report more conflicts in their work-life balance, including feeling that child-rearing has held their career back and that their career conflicts with their partners’ (5). Is it any wonder that women consider domestic factors more seriously when planning out their future careers?

However, that isn’t all that’s at play here. GPs report higher stress from work-family conflict, and clinical academicians tend to cite a better work-life balance as a reason for entering academia (5). So why are there so many women GPs, and so few female academics? An undeniable part of women’s career choices is what leads so many women to become social workers and so many men to pursue engineering: childhood socialisation. Girls learn early on to become caregivers, to want to have a family, to “play house”. Boys learn from the same age to pursue adventure, to tinker, to be leaders. This certainly influences our career choices later on in life. From the youngest age, girls are already considering their role as carers. Why would these socially ingrained ideas suddenly vanish at twenty-four when they’re considering their future career? 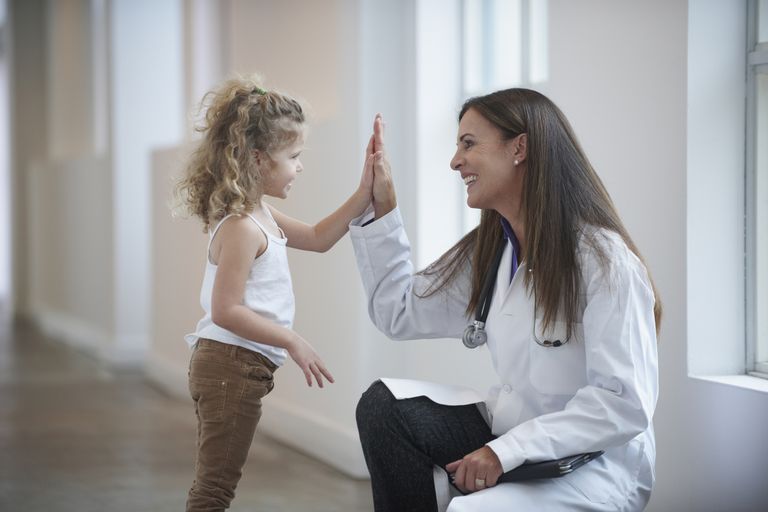 Clearly, workplace expectations and societal expectations collide, and this is where we see a problem. The medical world still runs according to an old-fashioned, male-dominated work schedule, built on the idea of a well-behaved wife having the children in bed and food on the stove by the time you came home from your gruelling work day. It’s a schedule that is well-known to cause burnout and low job satisfaction, yet is somehow still required to follow this lifestyle if you want to build your career, especially in surgical and super-specialised fields. Instead of blaming women for refusing to participate in this schedule, maybe it’s time to humanise the system. Perhaps it’s time to share the burdens at home and at work, so men can have a life outside of the hospital, and women don’t have to base their career choices on whether they’re going to get pregnant in the next ten years.

Women --and for that matter, people from any minority-- bring a lot with them to medicine. They bring the empathy and patience with which they were socialised to the clinic. They question myths about women’s bodies that for too long have been taken for granted: it’s no coincidence that the prognosis of myocardial infarction is worse for women than for men. Ultimately, I believe that women will help develop a healthcare system that is more compassionate, not only for patients, but for medical professionals as well. And if you fear that it costs too much to let a mother work part-time, don’t worry: you’re still paying her less than her male counterparts anyway (6,7,8)!

3. Meirion Thomas J. COMMENT: Why having so many women doctors is hurting the NHS [Internet]. Mail Online. 2016 [cited 29 November 2016]. Available from: http://www.dailymail.co.uk/debate/article-2532461/Why-having-women-doctors-hurting-NHS-A-provovcative-powerful-argument-leading-surgeon.html